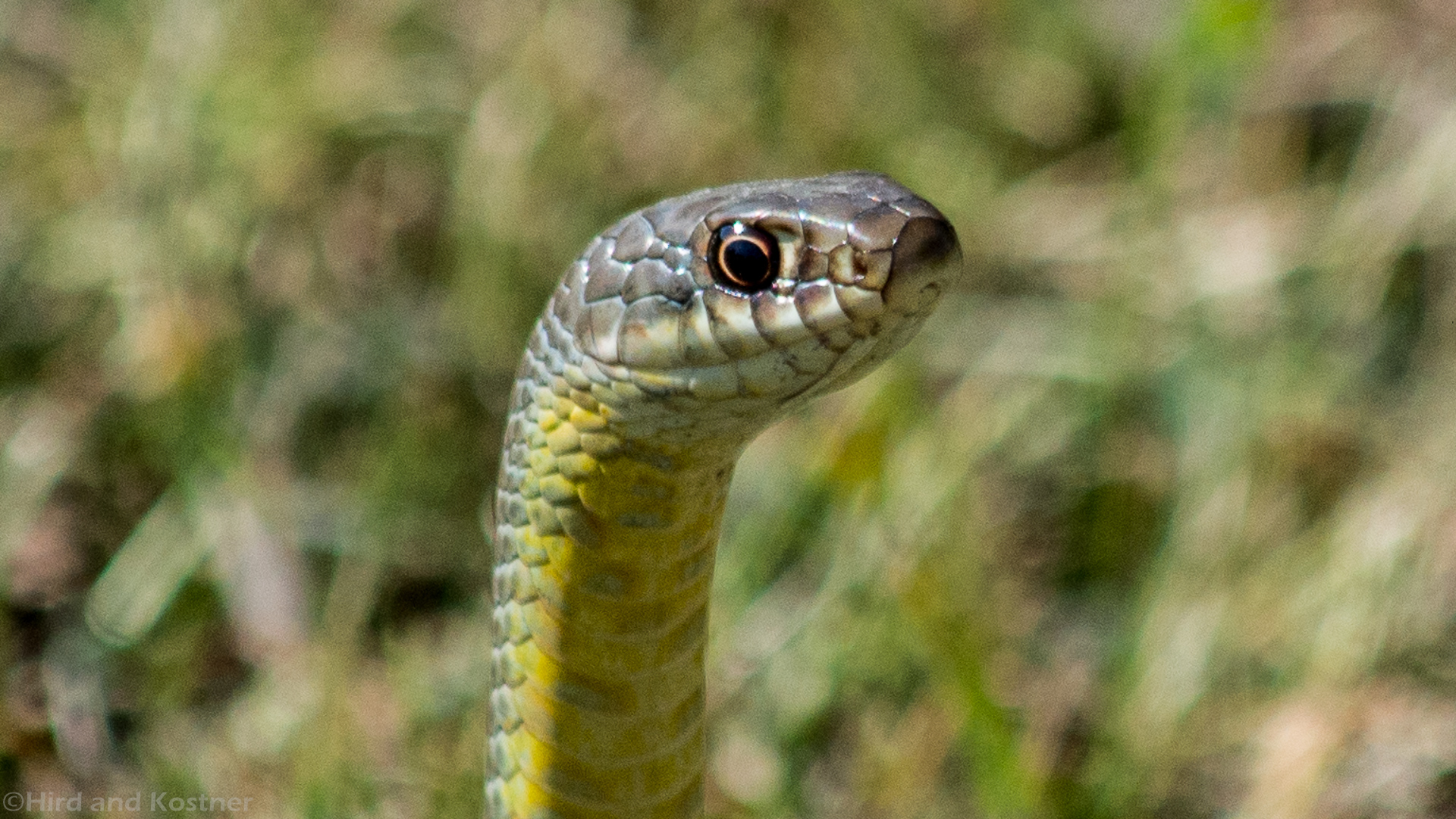 Posted at 17:02h in Reptiles by Kathy 0 Comments

One never knows who might show up in our neck o’ the woods! There is always some sort of surprise to bring a bit of humor into the day. It was a beautiful morning. Excited to put our fingers to the soil, we loaded into the truck and drove a short distance to our other home that has been part of our family for several generations. Stopping along the road to unlock the gate, I glanced across the hillside as I always do, but this time saw something out of place. 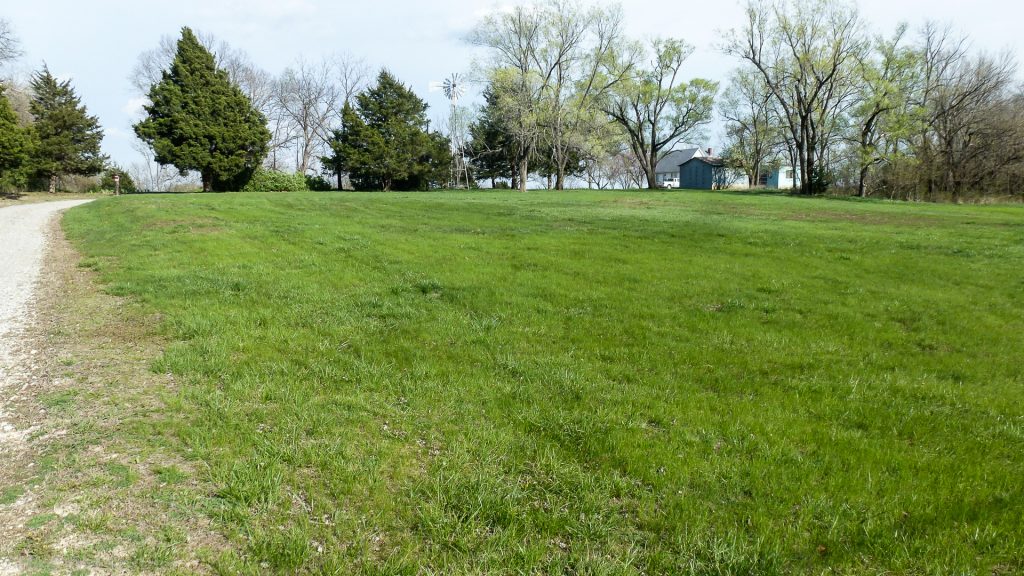 This open field is filled with various wildlife.

What looked like a large branch was sticking straight-up, out of the ground. It was an odd place for a stick as tall as this, especially when there are no surrounding trees. “What on earth?” I thought. To get a closer look, I grabbed the camera and hopped out of the truck while Ric unlocked the gate. This was no branch sticking out of the ground; it was some sort of snake in an oddly rigid, up-periscope position. 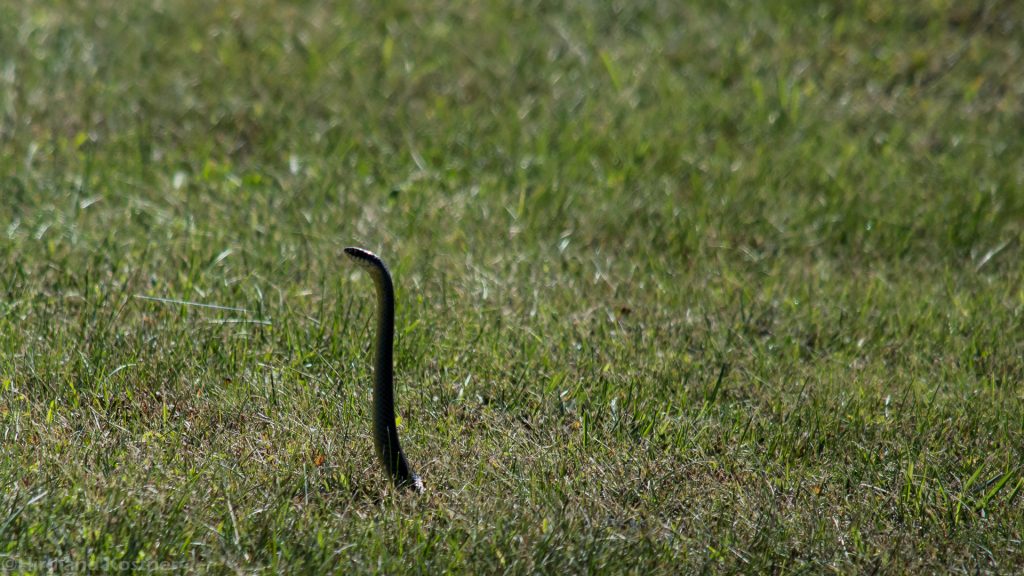 The Eastern Blue Racer looks for something to eat.

Keeping my person out of striking distance, I focused the telephoto lens on the head to identify the rounded head and eyes characteristic of our non-venomous snakes, or if this had the triangular head and slit eyes of a venomous pit viper. The yellow-belly provided the ID as a Blue Racer, so I moved in closer to have a visit with one of our precious rodent-hunting, reptilian land-mates. 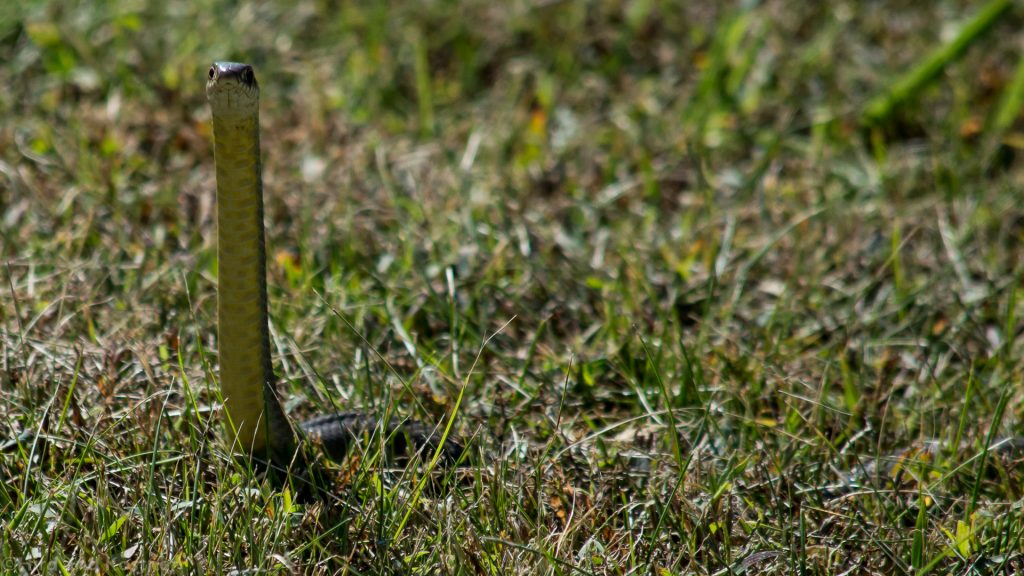 The temperature dipped the previous night; farmer’s fog was hanging in the low areas, and it was still a tad bit chilly. We wondered, “Is this a yellow-belly, Blue Racer warming its cold bones in the early morning sun?” It certainly was an odd position for a snake to hold, so absolutely still, for at least 10 minutes—even after we drove up the driveway. In reality, the Blue Racer has excellent eyesight and often lifts itself above the grass to watch for prey. 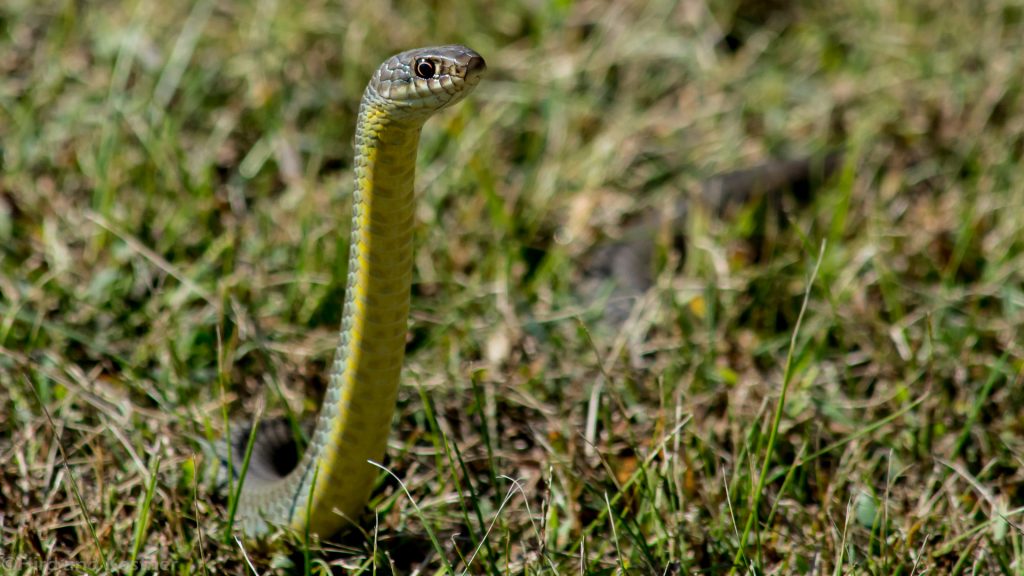 Non-venomous, the Coluber constrictor normally will flee predators. However, when cornered, the Racer puts up a vicious fight by writhing and biting—and emits a foul scent. 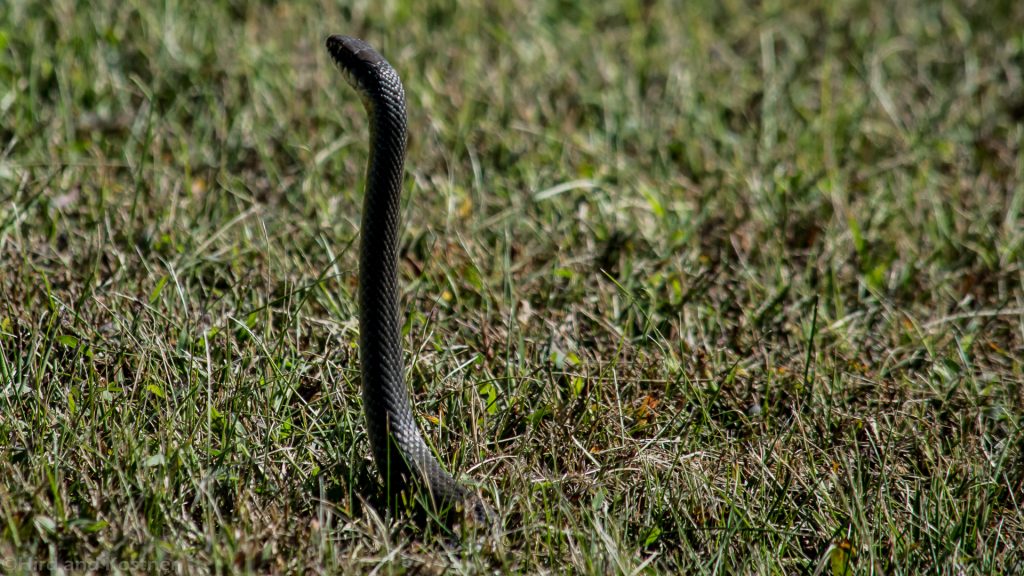 Coluber constrictor is a harmless snake that eats insects, frogs, lizards, birds and eggs, small mammals, and even other snakes.

Kansas’ Eastern Racer often grows 2 feet to 5 feet in length. The back has distinct blue-gray scales. This snake has a hunting range of 25 acres, but is not territorial. When threatened, this snake will shake its tail against dry leaves which sounds remarkably like a Crotalus horridus, Timber Rattlesnake!

Resource:
A Pocket Guide to Kansas Snakes by Joseph and Suzanne Collins